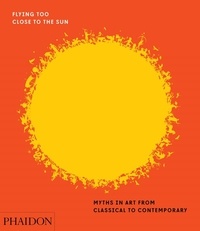 A sumptuous new volume revealing the inspiration and endurance of Classical mythology in art throughout time. The perfect introduction to those unfamiliar with Classical myths, and offering fresh insights to even the most experienced Classicist. This book unites artworks by ancient, modern and contemporary artists, all inspired by Classical myth : from the ancient Greek painter Exekias to Michelangelo, from Botticelli and Caravaggio to Cy Twombly, from Bernini to Louise Bourgeois and Damien Hirst. Featuring 220 artworks from antiquity to the present day, including works by many of the most well-known and popular contemporary artists, Flying Too Close to the Sun demonstrates the continuing relevance of Greek and Roman myths to artists for over 3,500 years. An introductory essay explores Classical mythology as a source of inspiration for artists as well as musicians, writers and filmmakers. Family trees illustrate the couplings and offspring of gods and mortals, and chapter introductions tell the stories of 25 of the best known myths, all of them part of the DNA of Western culture.

Says art historian James Cahill, in the introduction to Phaidon's recently published Flying Too Close to the Sun: Myths in Art from Classical to Contemporary, "[myths] are known to us through countless post-classical sources--Renaissance plays, Freudian psychoanalysis, Hollywood epics, Disney cartoons, advertisements, songs, sayings. And ...